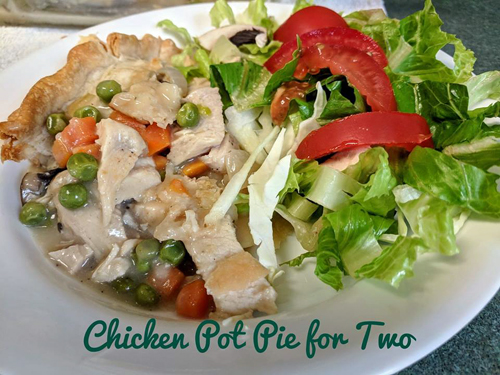 This was such a yummy recipe. I say it's for two, but we had enough for two dinners. So, depending on appetites it could feed 4 people as well.

I cheated and bought a pie crust. I'm doing more and more baking but I find some days my energy level is not ready for baking and all the other things I need to get done. So I purchased the pie crust...

I started this recipe by cooking my chicken in my IP. My chicken was partially frozen. I added extra water because I planned to use the liquid/stock for the recipe. You can also used store bought stock or water and bouillon. 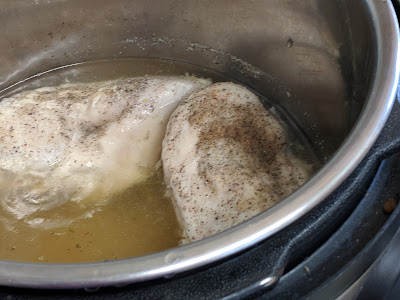 When I was done I cut my chicken into bite size pieces. You can also shred it if you would like. Cutting is my personal preference. I then chopped my onion and sliced my mushrooms. In a large frying pan I melted the butter. When the butter was melted I added the onions and mushrooms and let them cook until they were soft... 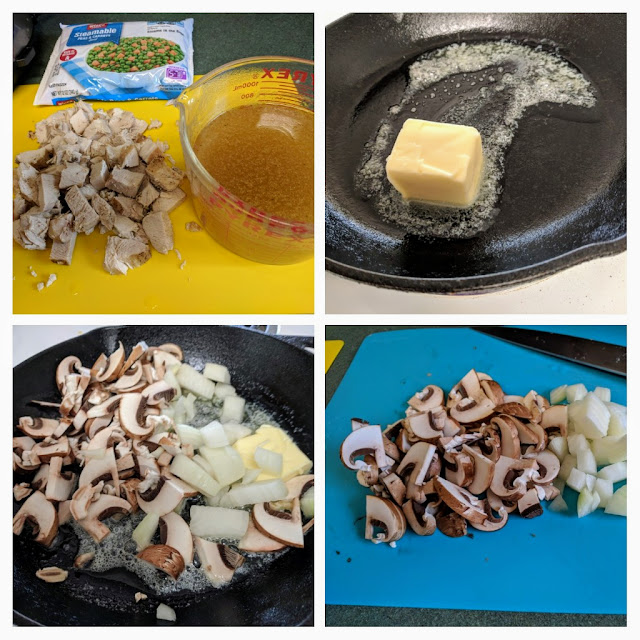 I then sprinkled the flour on top and mixed it in well. I added the stock and with a whisk, stirred to make sure there were no flour lumps and brought it to a boil while stirring. Then, reduced the heat and let it simmer until it had thickened up. At this point, the gravy mix can be removed from the heat. 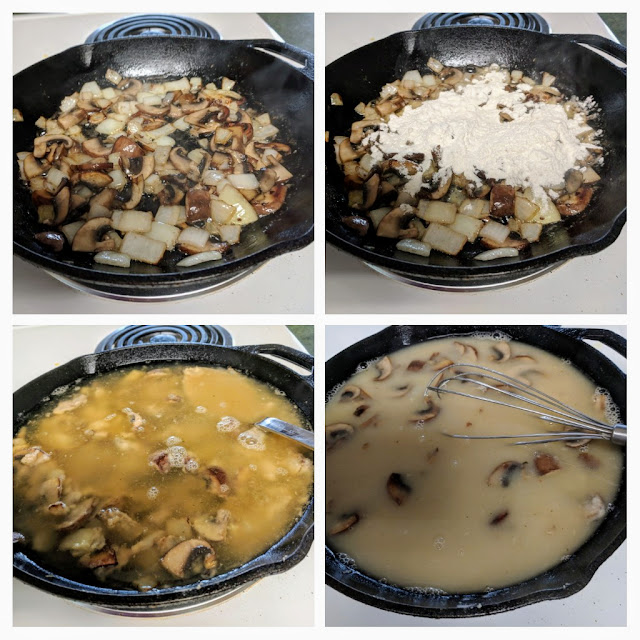 The final step was to assemble the pot pie. I took one of the round crusts and rolled it out so it would fit into my 9x9 pan. I put the cut up chicken on the bottom, then the peas & carrots... 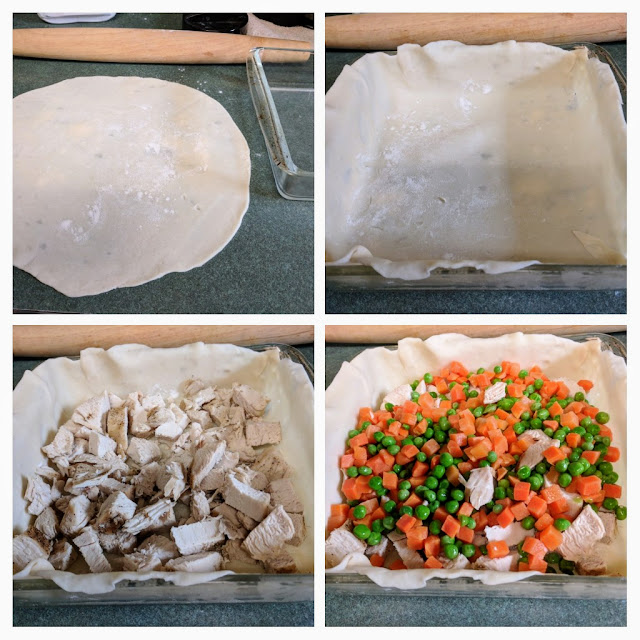 Topped it all with the gravy mixture and rolled out the 2nd crust to fit on the top. Placed the crust over the top and secured the edges. I cut slits in the top of the crust for venting. 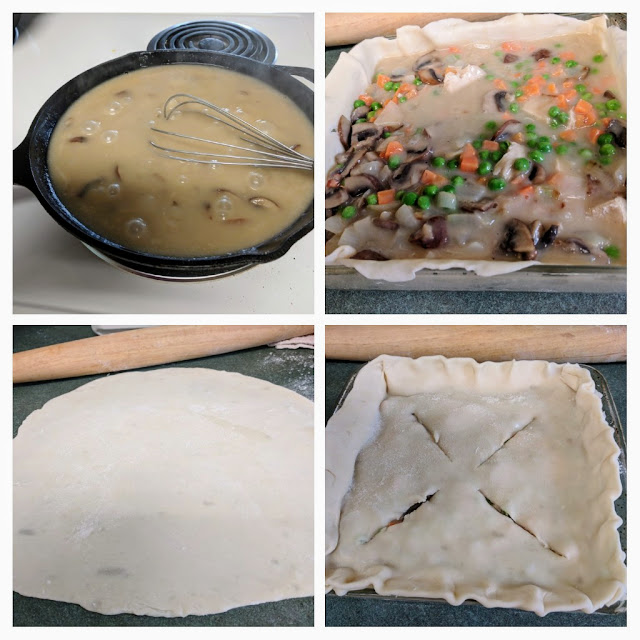 I baked the pot pie for about 40 minutes at 425 to get it nicely golden brown... 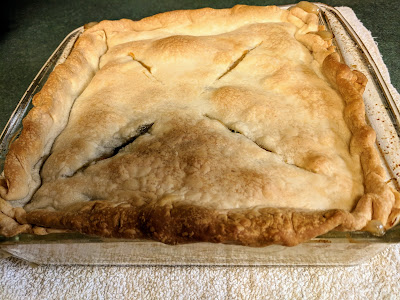 I served this with a nice green salad on the side... 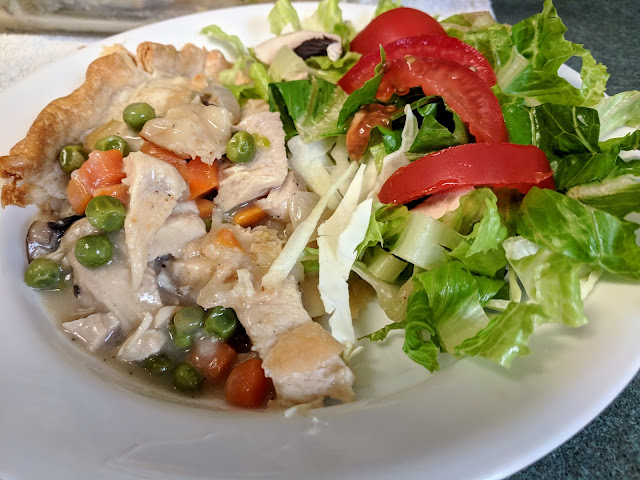 Cook your chicken breast fillets or thighs in your desired way. I use my Instant Pot but you could bake or boil your chicken as well. When it's done, cut it into bite size pieces (this is my preference, you also shred it. The choice is yours). Set aside

In a large frying pan on medium heat, melt butter. Add mushrooms and onions. Cook veggies until they are soft. Sprinkle flour over veggies and stir to mix them in. Pour chicken broth into frying pan. Using a whisk, stir and bring mixture to a boil. Let it simmer for a few minutes to thicken. Taste and add salt and pepper according to your own desire.

Take one pie crust and lay it out. Roll it out a little to fit into the bottom of a 9x9 inch pan. Lay the crust in the pan.

Put cut up chicken on the bottom, top with bag of frozen veggies. Pour gravy mixture over the top.

Roll out the 2nd crust to fit over the top of the pan. Place on top and secure the edges.

Serve with a nice side salad and enjoy!
Chicken cooking for two