This week in "Friday in the Kitchen" I'll be sharing a yummy recipe that can be made in the Instant Pot or the Crockpot. 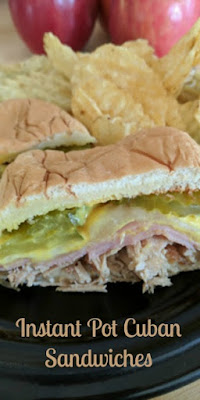 This recipe is very good. I've made it a few times. The original recipe is a crockpot recipe. If you don't have an Instant Pot you can follow the crockpot instructions to make it.

You can find the recipe here: http://www.foodnetwork.com/recipes/jeff-mauro/slow-cooked-cuban-sandwich-recipe-2109413


I made just a couple easy changes to turn it into a pressure cooker recipe. Basically converting recipes is not difficult. You need to make sure there is at least a cup and a half of liquid in the recipe. Pressure cookers need liquid to come up to pressure.

Here is my IP (pressure cooker) version of the recipe:

I took about 3lbs of pork roast and put it in the IP. I sprinkled all the spices on top... 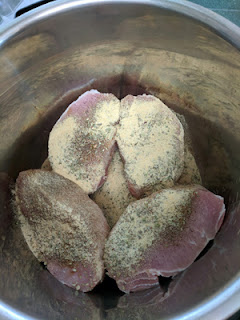 Then I took a cup of orange juice and added ¾ cup of water. 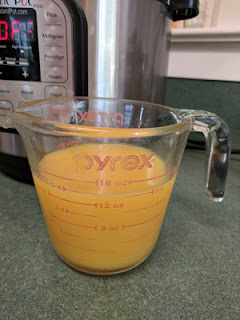 I poured the juice/water over it.. 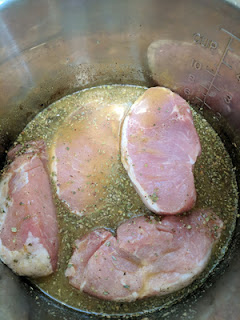 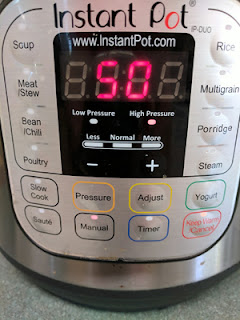 When the time was up I shred the meat with 2 forks and made the sandwiches..


To make the sandwiches you will need:

Put the roast and spices into the IP pot. In a small bowl combine the lime juice, orange juice and water. Pour over the meat.

Put the lid on, hit “Manual”, set the timer for 50 minutes. Turn the sealing know to “Seal”.

When the IP beeps and time is done. Let the pressure come down on its own (Natural Pressure Release – NPR).

Remove the lid when the pressure button has dropped. Shred the meat.

Stack pork roast, ham slices, and swiss cheese. If you would like you can put the sandwich under the broiler to melt the cheese.

On top of the cheese add mustard, pickles and onions.