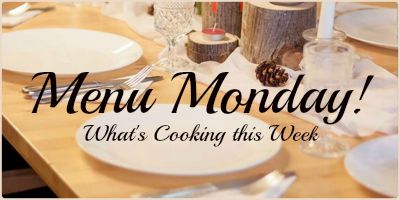 Menu Monday is on the late side today. I usually try and get it prepared on Sunday and set it to go out first thing on Monday. But yesterday was a busy day and today I was out of the house quite early and it's only now that I've had a chance to sit and blog.

So this week went pretty well. I had one change up due to a freezer clean out and organize. I realized I had a package of sandwich rolls that had been in the freezer for a while and I wanted to get them used up. So I made an easy batch of pulled pork sandwiches... 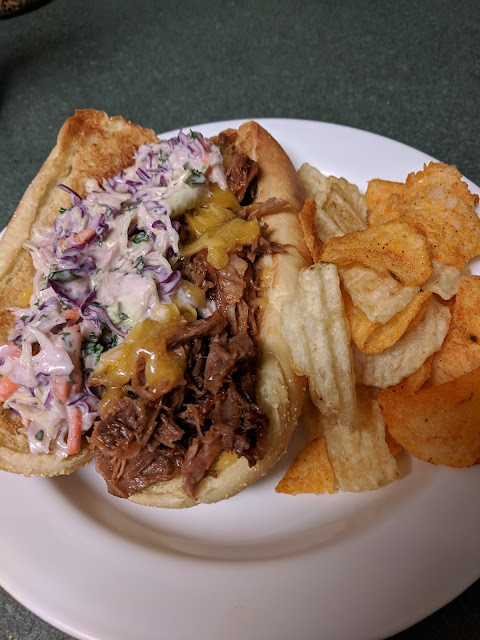 I made the coleslaw from my own salad mix and coleslaw dressing... 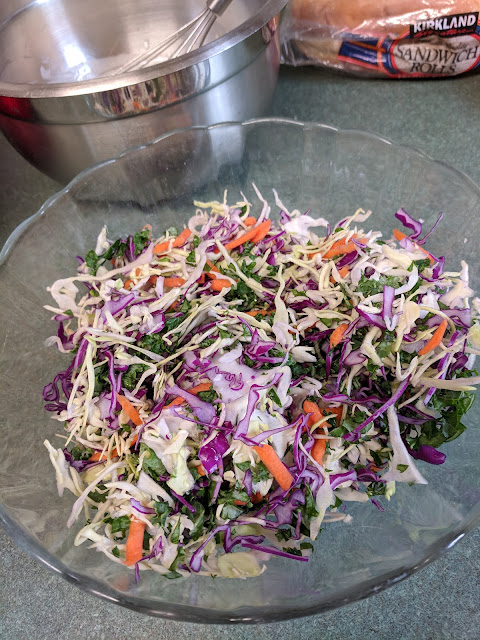 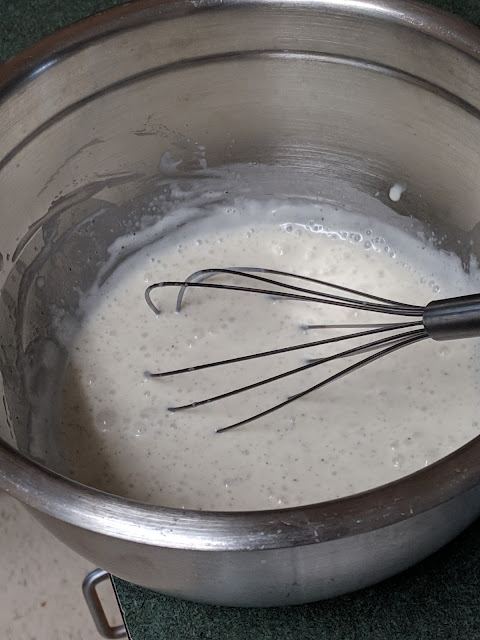 The recipe below is my coleslaw recipe that I use and I only made the dressing part as I had my salad mix to use instead of the cabbage and carrot.

Put chopped cabbage and shredded carrots in a large bowl. Combine remaining ingredients in a separate bowl. Add this to the cabbage and mix until cabbage is well coated with dressing. Cover and refrigerate for minimum of 2 hours before serving

We also had a bbq of steak, broccoli (that I cooked in my Instant Pot) and french bread.. 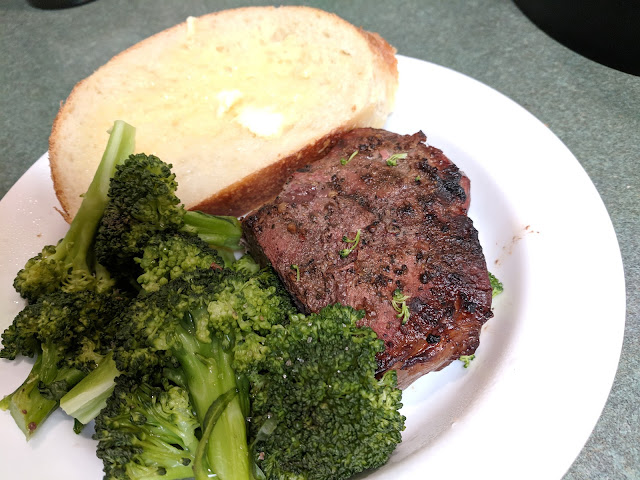 The baked spaghetti turned out really good. The recipe (HERE) makes a 9x13 pan and it fed us for 2 nights and I was able to put another 3 servings in individual serving containers in the freezer. I served it with the leftover french bread and a salad.. 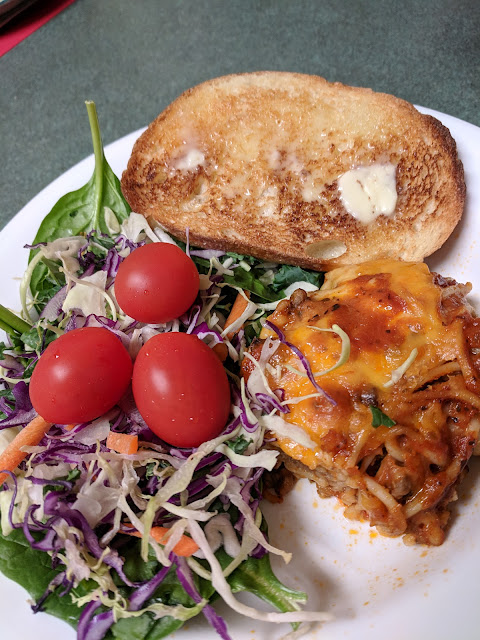 Due to being in town all day yesterday I did not get my chicken pot pie made and we ended up having a simple meal of hot dogs, chips and a salad. 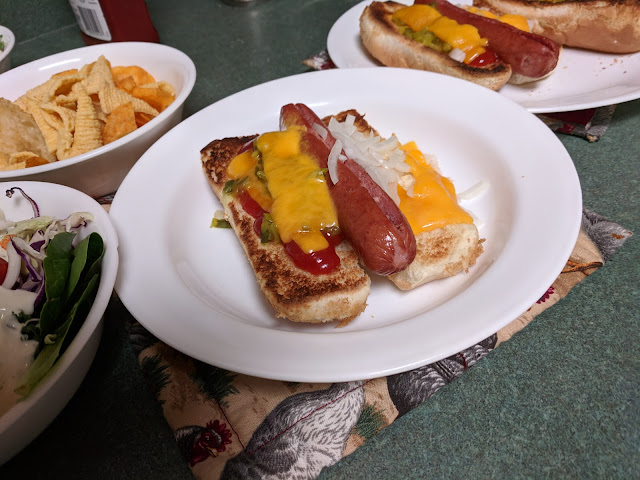 Now for this week's plan..

BBQ Steak - this was not on my original plan. We were in Costco this morning and hubby spied rib eye steak on sale. We have steak left from buying it last year but also know we'll be having family out for bbq dinners and dad's steak is usually what they all look forward to. I'll serve this with either tater tots or french bread and a salad.

Chicken Pot Pie - It's still on my plan to make. I have the pre-made crusts in the fridge to use for this, chicken and chicken broth in the freezer from previous rotisserie chickens. I'll serve a salad on the side.

Burrito Casserole - this was another meal that didn't get made due to the changes I made last week. You can find the recipe I plan on using HERE. Chips & salsa and a salad will be on the side.

Pizza - It's been some time since I made homemade pizza. So that is the plan. Haven't quite yet figured out what pizza to make. Either a sub sandwich pizza (my own creation so I don't have a recipe) or a chicken bacon with white sauce pizza (again, my own thing). I'll update next week on which choice I made.

That should do it for us for this week!