Showing posts from April, 2012
Show all

At the beginning of the month I shared 2 chicken freezer meals here on my blog. Since that time we have tried them both and I wanted to give you a review on the recipes. The first one was …

Peach Chicken – for the freezer
(the picture seems a bit off in color.. I was using my son's camera and I guess I still need to figure out how it works a little better! )

This recipe can be found here: http://www.thefamilyhomestead.com/peachchickenforfreezer.htm

My family and I really enjoyed this!! The flavor was not too sweet .. it was very yummy. I served it with fried potatoes (I had some leftover baked potatoes that I used) and a salad.


The second meal was…

Cajun Chicken – for the freezer


This recipe can be found here: http://www.thefamilyhomestead.com/cajunchickenforfreezer.htm

This one was sooo good! It was very flavorful. I served it with brown rice pilaf and a salad. We all enjoyed it!

Both recipes will be on my menu in the future!

Better late than never..  been a great but busy day.. finally have a chance to sit and post the weekly menu..

My tomato plants are growing great!! I reached the point of “2 true leaves” and it was time to repot them. I did that this afternoon.

As you can see the plants are really growing! And had their first 2 true leaves (the sign that it is time to repot them)…

Then filled them with potting mix. I put the plants in the little pots and try to make sure I cover them with soil all the way up to the leaves. I have read this helps make a stronger root base…


I chose the plants that looked the strongest and healthiest. I had a few good plants that I had to dispose of because I don’t have any place to continue to grown them. My little growing space only holds so many plants. If I had more space I would keep them and give plants to friends so they did not go to waste.. but since I don’t, I get rid of them..

Homestead Moments for the Week

Here is a look at a few homestead moments from this week..

On Sunday we were blessed with a dry day (the second of two) and the garden was dry enough to rototill. I cleaned up some of the plants that were left behind in October and Tobin rototilled. I am so excited to get the garden season going!!


Muffins.. I had a few overripe bananas that needed to be used up. I made a double batch of my banana muffin recipe: http://thefamilyhomestead.com/bananachochipmuffin.htm  and used 3 large bananas and added a handful of chocolate chips to them. They make a great easy breakfast or a quick snack. I put a lot of them in the freezer.. muffins freeze very well…


Ever have a slow running drain? Well my bathtub drain was draining a bit too slow. I had Isaac remove the overflow and clean it up but it still drained slow. So I poured a ½ cup of baking soda down the drain and then poured some vinegar down the drain (did not measure.. just poured some in).. and it fizzed a lot..Then I followed th…
9 comments
Read more 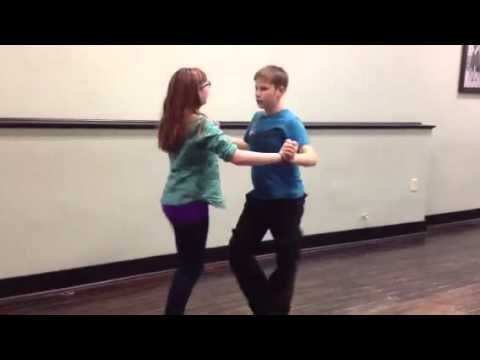 I wanted to post this for fun.  My 14 year old son Isaac is a ballroom dancer.  He is currently practicing with his dance partner Carlie for an upcoming ballroom dance competition.  This is a video that was taken of him and Carlie last night.....

Today my freezer cooking session was hamburger. It was a little more time consuming than yesterdays chicken session but well worth my efforts.

Yesterday I purchased 12lbs of hamburger from Costco. Here is what I did with it..

I started out using 10lbs of it to make crockpot meatloaf and meatballs. I do these items regularly as they both seem to be staples in my home. I have posted on this before so I won’t go into a lot of detail. I made two crockpot meatloaves. You can find my post that I describe how I shape them and how I cook them in the crockpot here: http://homesteadinghomemaker.blogspot.com/2012/03/more-food-for-freezer.html

I began by mixing up my meatloaf recipe. You can find my recipe here: http://www.thefamilyhomestead.com/beefveggiemeatloaf.htm  I use this same recipe for meatloaf and meatballs. I tripled the recipe (tripling the recipe would be 9lbs of hamburger but I used 10lbs and tossed in a few extra veggies).

I did a quick survey of my freezer foods this last week and saw I was down to 1 more meal of stuffed manicotti and 1 more meal of ranch chicken (which we had tonight), several quarts of veggie stock and 5 packages of hamburger mix. It was time to prepare a few more meals for the freezer!

Today was my Costco grocery shopping day and I purchased the necessary ingredients for several freezer meals. These are not complete meals but more like meal starters. Years ago I did “Once a Month Cooking” and found it way to exhausting. So now what I prefer is to prepare items for the freezer that make cooking day a little easier and less stressful.

In this blog post I will share my first 3 freezer meals. This first freezer cooking session was chicken. I bought approx. 9lbs of chicken legs. These meals go together pretty quickly. My house was quiet this evening (hubby at work and kids all moving in their own directions) so I put on my favorite CD and got to work. I had all 3 meals in t…
5 comments
Read more

Two weeks ago I planted my tomato seeds and put them under the lights. I posted about that here: http://homesteadinghomemaker.blogspot.com/2012/04/planting-tomato-seeds.html .  They are doing well!  I planted 144 seeds and at this point all but 14 have come up.  I always figure some seeds won’t make it but each year I'm surprised to see how many actually do. They are a little leggy which I believe is because they got a little too warm a few times, this has happened before but in the end they always survive anyway.  Here is what they are looking like this evening:


I suspect it in another week or so I will be transplanting them into bigger pots.    Some of the plants are beginning to show their first two true leaves (that is the point when I transplant them, the bigger leaves are not considered 'true' leaves)…
I'll keep you updated!

My Menu for the week has a couple of changes in it due to having more leftover ham than I had thought I would have.  Here is how I ended up with 5 meals from my ham.

On Easter I baked a large bone-in ham that I had purchased from Costco. It was about 13 to 15lbs.

The first meal was baked ham that we had on Easter….

The second meal was the next night, we had leftovers of the exact same meal. On that night we finished off all the side dishes of the Easter meal, except the ham.

By Tuesday it was time to cut up and divide up the rest of the ham. I cut up most of the meat and ended up with almost 8 cups of meat. I then put the bone that still had meat attached to it and all its juices into a gallon size zip lock bag and labeled it for the freezer.

I then made Baked Macaroni & Cheese with ham. I sautéed some sliced onions in butter and added 3 generous cups of ham to it and heat it up. Then I assembled the rest of the meal, adding the ham/onions to the macaroni. I baked it …
3 comments
Read more

"It costs God nothing, so far as we know, to create nice things: but to convert rebellious wills cost him crucifixion." CS Lewis